When Boring Is Better

First of all, let me suggest, or to say that the learning here, I don’t consider it to be a truism. This isn’t a black or white issue. This is something…as I see it, it’s a continuum. And depending on where you’re at, in the development of your business, you’re going to be… this will be more or less relevant, more or less true in your business.

So, the thing that I feel that I’ve learned this year is that as we grow, the ability to be able to see in advance, or to know with some type of certainty, what’s coming up in our business, with things like cash flow, as an example, become more and more important.

That things being consistent and predictable are becoming a much better scenario than taking risks and swinging for the fences, so to speak, which has been more my style thus far in growing our business. So, I’ll give an example. In the very first year of our business, my primary business with Callan Rush, we did just under $200,000, about $180,000 in sales in our very first year, that was back in 2008. At the end of that first year, we were free to take on a lot of risks, in that we could significantly modify the model of our business in an attempt to grow. Which we did. and that was our pattern, for many years we would grow anywhere from 50% to 100% some growing by either half or doubling year over year which was awesome.

But now, things are different. Now that we’ve grown in that scale, now that we have significant commitments and obligations and responsibilities with regards to expenses and team and all of these things, our attempts to grow in that way become less and less effective.

I will give you an example. So let’s say we’re doing a big launch, right? And I want to come up with some new point of innovation, in other words, I want to try something out, I want to test an idea. And let’s say, we’re projecting that we’re going to do $2 million in sales, let’s say, in the launch. Okay. Great, now if the points of innovation or if the things that we’re attempting to different, let’s say that they don’t go according to our projection.

They don’t go according to plan, turns out there’s some degree of failure to it if you want to call that. And the launch only does a million dollars. On the one hand, it’s like, “Oh wow, we did this thing, in two weeks, whatever, made a million dollars.” However, being down a million dollars in our projected cash flow, that’s a really hard thing to navigate or to rebound from. It causes stress and tension and that has to be handled somehow.

Whereas previously, if we were taking some risks, like years ago in a campaign, where it’s like, “Hey, you know, we really want to swing for the fences on this, we’re going to take a few risks. We’re looking to do a $100,000 in sales.” And we made the same types of mistakes… or whatever, in the same way the innovations didn’t pull through, and instead of $100,000 we only did $50,000, so in other words, you know, half, like the the other scenario.

That was no big deal, I mean, a lot of times we could bounce back from that in a single week, just reaching out and maybe offering someone a one-on-one coaching package for $50,000 or something. Well, now we’ve made up that difference in our projected cash flow, and we could do that sometimes in a single week. So, as we grow, the learning, or what I’ve been… what I feel I’ve been learning through making mistakes, frankly, is that that becomes less and less favorable, because the mistakes or the shortcomings or the points of innovation that don’t work become more and more costly.

It’s kind of like a boo-hoo, or an argument against growing and taking on bigger things like team and stuff like that. And I assure you, that’s not the point that I’m making here. Okay. So, with that in mind, what is? What’s the learning here? Well, the learning is simply that as we grow, that I personally, I need to be a lot more choosy about the points of innovation that I choose to pursue or the risks that I choose to take on.

So, the idea of, as I was mentioning before, consistency and predictability, those things are becoming much more favorable than taking risks or taking the types of risks that I used to enjoy taking, and frankly, still enjoy taking, in a business. But when the risks don’t pay off, now the impact that it has on our entire organization and our team is just tremendous, relative to, you know, days of yesteryear, or whatever the saying is.

What I Mean By “When Boring Is Better”

So, I called this learning “When Boring Is Better.” What I mean by this is simply that as our business grows this idea of consistency and predictability become much more favorable. It’s like investors say, that “When you’re going into investing, you don’t want to invest money unless you can afford to lose it.” I think that the same things, at scale and in business, as you grow more and more, that becomes true in business as well. What I’m learning now is that we’re at the point where I can’t…really, I shouldn’t be taking risks in my business, unless I know 100% I can afford to lose on that risk.

So anyway, that’s the learning that I’m coming away with from this year, one of the learnings, obviously, one of the main 10. But I want to get to a specific plan of action or course of actions. What can you actually do with this information? Well, here’s a… I’ll bring up a point, where Callan and I did a campaign. I don’t remember when it was, May or June of this year. And one of main pieces of information that we talked about in that campaign was that we boil down all types of marketing campaigns or client-acquisition structures into three types.

A lagging strategy is when you put in effort into a campaign, but you have to keep applying that effort over time before you see some windfall of results potentially. So, that would be things like blogging and podcasting and things of this nature, you know, creating YouTube videos.

These types of things don’t tend to get results unless you consistently keep at the effort and applying the effort over time. That’s called the lagging.

Online launches, which of course I’m a huge fan of as well and follow one of my primary mentors, a gentleman named Jeff Walker. That’s a linked strategy.

Okay.  We’ve got these leading, lagging, and linked. The action here is…well, first of all, one of the main points here, with this idea of predictability and consistency, is that, as you grow, what I’m learning more and more and more and more, is that leading strategies become more and more important.

Things like optimized webinar sequence, which is an evergreen campaign style that focuses on automated webinars, huge fan of that, obviously. A gentleman named Stu McLaren did… a good friend of mine, he had an amazing launch this year where he was talking about the importance of what he calls a recurring revenue model, and he was teaching people how to create membership sites and whatnot, and he just taught us how to do that.

That’s another version of the same, this idea of creating predictability and consistency with regards to cash flows and other…anyway, the recurring revenue model’s another wonderful model, but these things, they’re achieving the same objective, right?

So, what I would do, or the plan of action that I’m inviting you or challenging you to take on would be to ask yourself, “What’s one thing, just one thing, what’s one thing that you can do in 2017 that’s going to make your cash flow more predictable?” One thing you can do in your business in 2017 to increase the predictability of your cash flow. And once you’ve answered that question, I would love, love, love to hear what you came up with so please leave it in a comment below, declare it to the world or to the universe or whatever your feeling is around that, and hopefully that your ideas will inspire others as well.

Maybe even me. Please, by all means,when you answer that question, please leave it in a comment below.

Some Of Our Initiatives

We’ve got a few initiatives, including we’re revitalizing our optimize webinar sequence, which is one, and we’re also… really, we’ve been designing what Ryan Levesque calls a survey funnel, which we’re looking to create an evergreen process out of an assessment-based front end as well. Towards the end of the year, we’ve got scheduled out our first membership or recurring revenue model, which… anyway, right now it’s planned for the fall of next year.

There might be a delay there, but we’ve got those two big front-end initiatives, which is awesome. And then, in the bigger context, the thing that I want to do, I don’t know if we can achieve this in 2017 or if it might take a bit longer, I don’t know, but take a closer look. But my objective, my goal is to have our business such that our linked strategies are purely windfalls of excess cash.

Meaning that our launches, and our events, those are our two primary linked strategies that we use, I want our business to be such…if our business can absorb zero dollar results, meaning that every dollar that comes in from our big JV launches, which we do two a year, and our live events, that that is all windfall access capital that we can use, you know, as profit, or we can reinvest in the growth of our business or whatever, but it’s all money we don’t need. That’s my goal.

So that our business runs on its own, based on our leading strategies. And I’m confident…I don’t know how long it’ll take. I’m confident we’ll get there. We’ve been there before in our business. It’s nothing new for us, which is good, I mean, we’ve done that before with our evergreen sequences or optimized webinar sequence.  I’m looking forward to that. 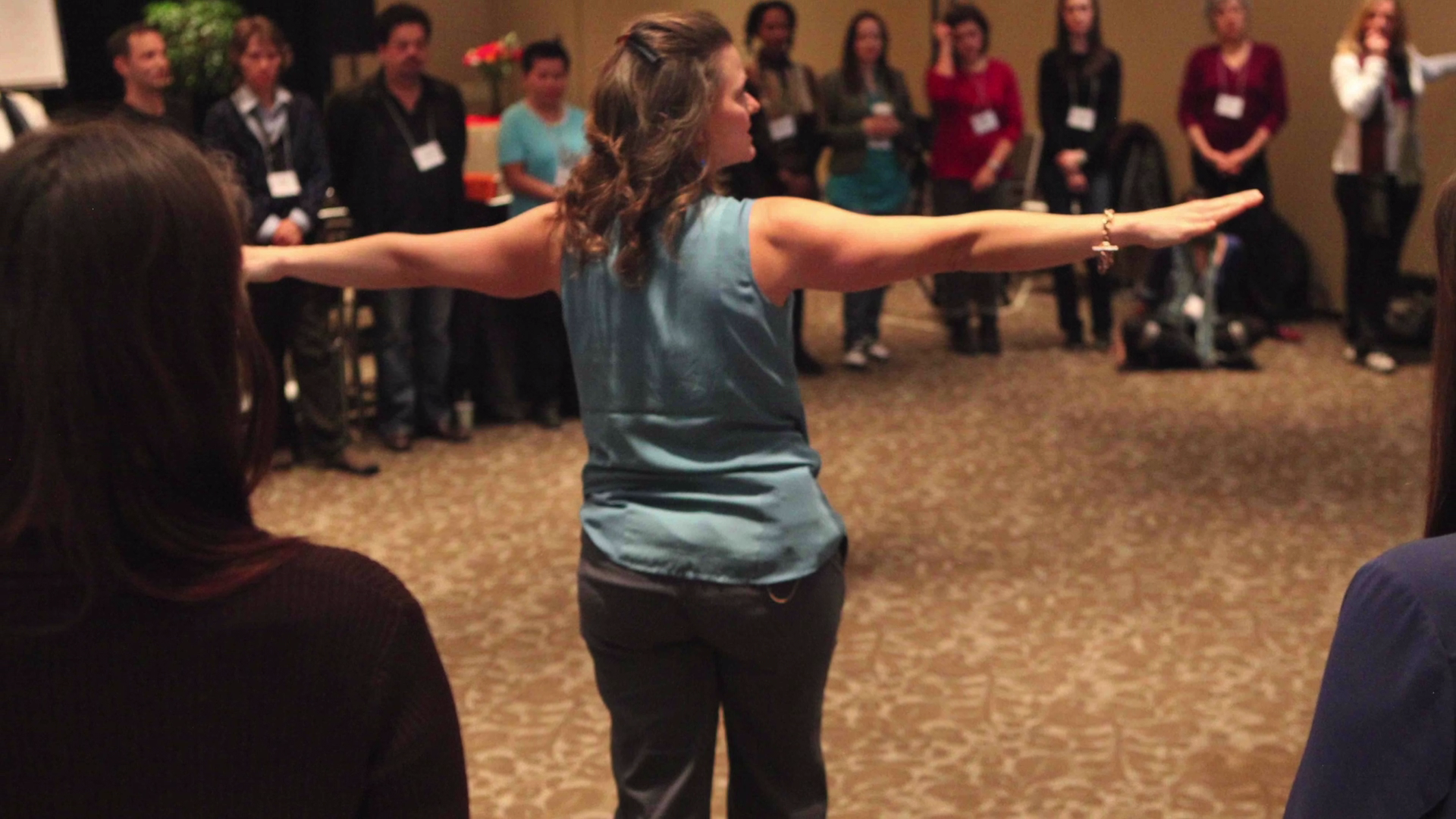 Resistance Is A Good Thing

This weeks Workshop Wealth Tip is all about resistance. You’ll always have some people at your workshops who are resistant at some level to what you’re offering. Maybe it’ll be as obvious as someone heckling you. That has happened to me, it’s kind of unnerving! Maybe it’ll be as subtle as someone looking sideways and… 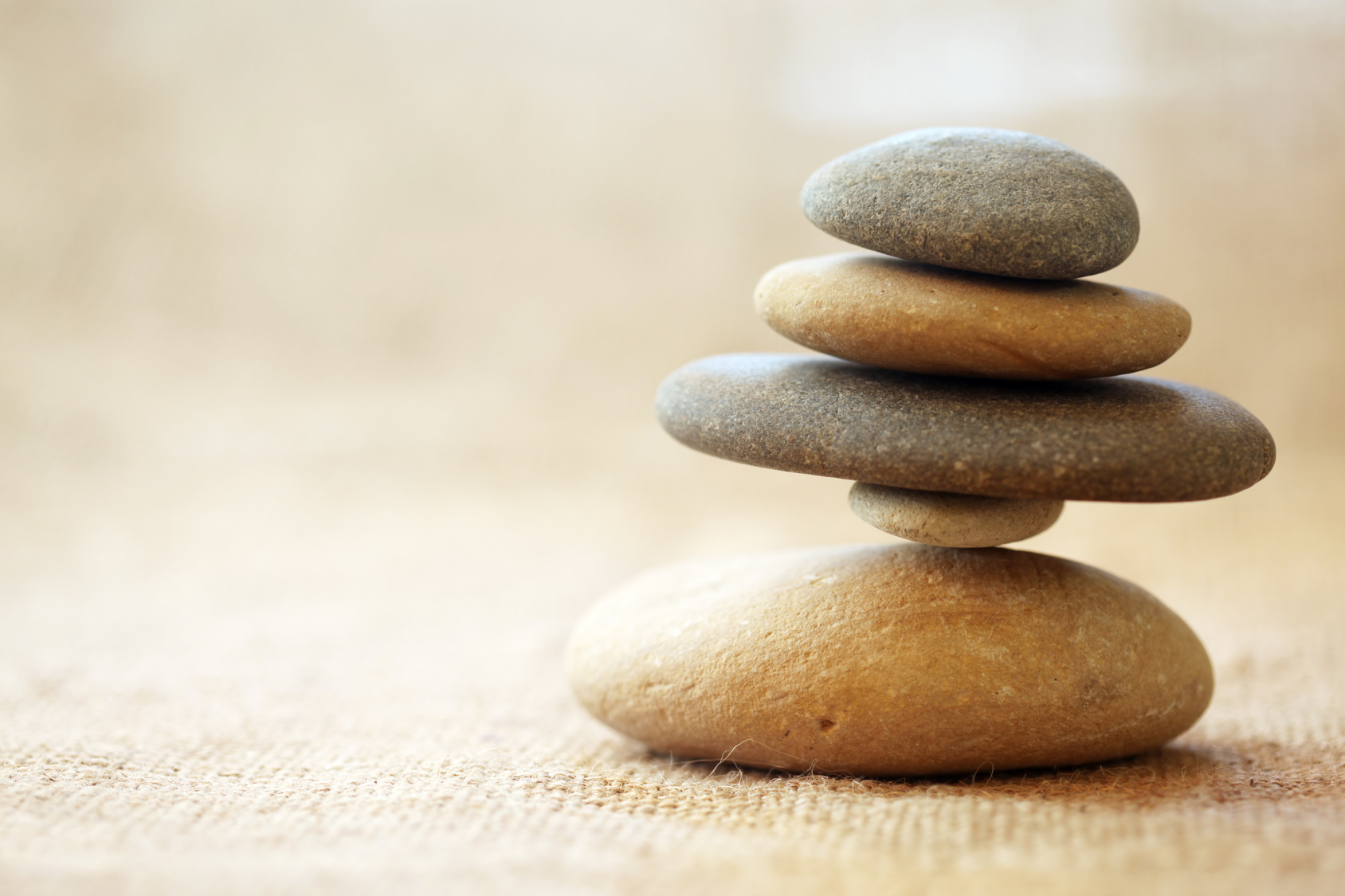 When Boring Is Better First of all, let me suggest, or to say that the learning here, I don’t consider it to be a truism. This isn’t a black or white issue. This is something…as I see it, it’s a continuum. And depending on where you’re at, in the development of your business,…

Let Them SHOP! How To Improve Your Coaching Offers

Let Them Shop… How to improve your coaching offers. To “Let them shop.” What am I getting at here? Well, there are a couple of caveats to this. First, this is less about what I learned in 2016 and more about projecting out to 2017 and beyond. It’s my speculation about what will come in… 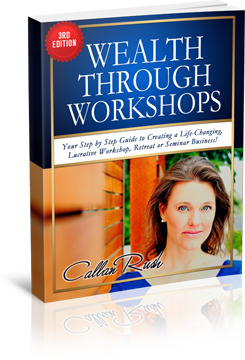 Your Step by Step Guide to a
Life-Changing, Lucrative Workshop,
Retreat & Seminar Business

DOWNLOAD NOW!
Your Information is 100% Secure And Will Never Be Shared With Anyone. 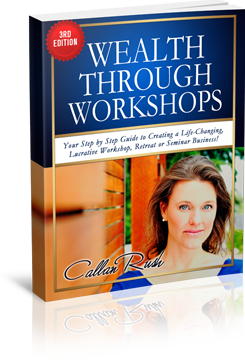 A Step By Step Guide to a Lucrative Workshop, Retreat and Seminar Business!

Your Information is 100% Secure And Will Never Be Shared With Anyone.